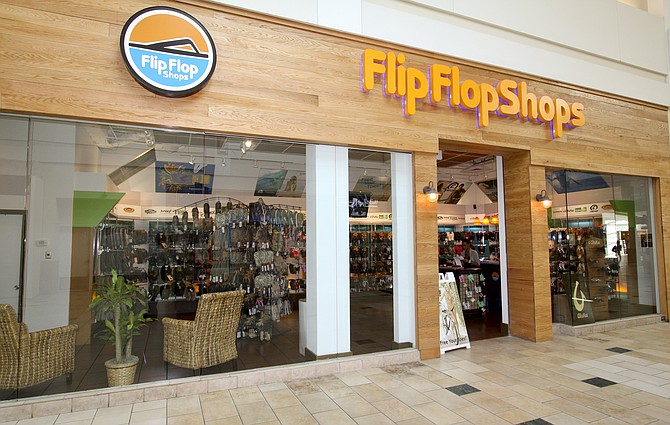 Shares of Cherokee Inc. gained more than 34 percent to close at $1.06 on Tuesday, after the company announced the sale of its Flip Flop Shops retail chain to footwear manufacturer Bearpaw Holdings LLC for an undisclosed amount.

The Sherman Oaks-based apparel brand licensor plans to use the sale proceeds to pay down its long-term debt. As of February, the company was carrying $49.5 million in liabilities, according to a fourth quarter earnings report.

Cherokee originally acquired the brick-and-mortar Flip Flop Shops franchise in 2015. The store sells sandals and other casual footwear from brands including Quiksilver, Roxy and Reef.

The sale reflects a shift by Cherokee back to its core licensing strategy.

“We’re pleased with the transaction, which aligns with our strategy to focus on scaling our high-growth brands through global licensed partnerships,” said Cherokee Chief Executive Henry Stupp in a statement. “We’re confident that Bearpaw Holdings is positioned to realize the full potential of Flip Flop Shops.”

In 2015, Target Inc. announced it would no longer carry Cherokee brands, a major blow to the company. The partnership reportedly accounted for over 40 percent of Cherokee’s total revenues.

The company reported a net loss of $45.6 million last year, reflecting a $35.5 million impairment charge stemming from “significant changes to the company’s cash flow projections based on recent experience.”