Test for Nose Ointment As a COVID Therapy

After nearly a year of correspondence with the U.S. Food and Drug Administration, Turn Therapeutics in Calabasas finally has its first human safety and efficacy trial lined up for a COVID-19 therapy.

Calabasas biotech Turn Therapeutics has announced it received authorization to start its first human safety and efficacy trial for a COVID-19 therapy.

The U.S. Food and Drug Administration has approved the first at-home COVID-19 test, developed by a biotech company with ties to the Valley region. 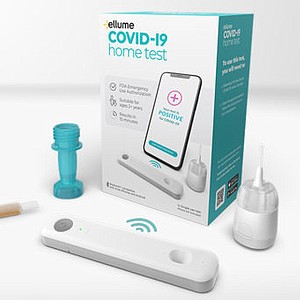 PROFILE: Bob Beitcher has guided the MPTF campus in Woodland Hills through ‘an intense year’ battling the coronavirus.

Bob Beitcher has led the Motion Picture & Television Fund’s Wasserman Campus in Woodland Hills for more than 10 years, and prior that was a major executive at multiple companies in the entertainment industry, including Panavision and Jim Henson Productions. He considers MPTF residents close friends, and has made it his mission to keep them as safe as possible, and their families well informed during the pandemic. Despite best efforts, eight residents and two staff members were lost to the virus.

Hey, Can We Just Start Over?

I cannot take this anymore. Month after month and year after year, I am saying everything I have said before. Yet, the more we say, the less elected officials hear.

Looking to 2021 and Our Recovery

The holidays are here, which means 2020 is coming to an end. Under normal circumstances, a new year would represent new beginnings and new opportunities, but as we prepare to welcome the new year, the hard truth is that many of the issues and challenges we have faced throughout 2020 will remain with us in 2021.

Amgen could manufacture treatment for COVID-19.

If Indianapolis-based pharma giant Eli Lilly & Co. is granted an emergency use authorization for its leading COVID-19 antibody candidate, Amgen Inc. will have to fulfill its side of a collaboration agreement very soon.

An interview with Robert Yallen of direct response advertising firm Inter/Media Group of Cos. in Woodland Hills.

Amgen Inc.’s drug Otezla will appear in a COVID-19 clinical trial, as part of testing efforts by the COVID R&D Alliance consortium of companies.

Surviving in a Post-Pandemic Era

Next year is quickly approaching and I know I am not the only one looking forward to this year being over.

Los Angeles County Department of Public Health will begin requiring verification of a recent negative COVID-19 test or vaccination for employees and attendees of indoor bars, clubs and lounges.

US Nuclear narrowed its net loss in the third quarter even as its revenue decreased due to the coronavirus pandemic.

AmaWaterways took delivery of one new ship late last year and is scheduled to receive another this spring – even though none of its cruisers are sailing in Europe.