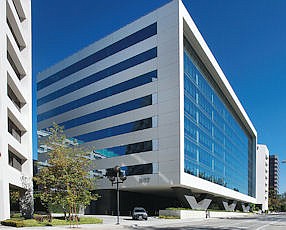 The Glendale label and graphic materials manufacturer on Monday reported an adjusted net income of $107 million ($1.27 a share) for the quarter ending June 27, a significant drop from $147 million ($1.72) in the same period a year earlier. Revenue decreased by 14 percent to $1.5 billion.

Analysts on average expected earnings of $1.13 on revenue of $1.5 billion, according to Thomson Financial Network.

“Following a sharp decline in April, total company sales improved sequentially in May and June,” Butier said in a statement, adding that the company’s strategic priorities remain unchanged.

“We are protecting our investments to expand in high-value categories, particularly RFID, while driving long-term profitable growth of our base businesses, and we remain confident in our ability to create significant long-term value for all our stakeholders,” Butier added.

Avery Dennison released its second quarter earnings before the market opened. Shares in the company (AVY) closed down $4.55, or nearly 4 percent, to $115.86 on the New York Stock Exchange, on a day when the Dow closed up 0.4 percent and the Nasdaq closed up 1.7 percent.