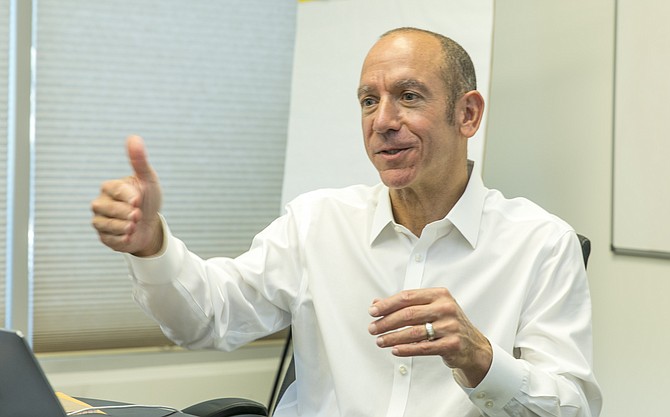 Interlink Electronics Inc. has increased production of a sensor used on ventilators to treat COVID-19 patients.

The Camarillo company said it has quadrupled its output of ventilator components, including its patented Ring Sensor, a touch-operated, wheel-shaped sensor used in noninvasive ventilators. The sensor can be operated by users wearing gloves and can withstand deep cleanings.

The benefit of gloved operation makes all of Interlink’s force-sensing human-machine interface technologies effective in curbing the spread of the coronavirus, the company said.

Interlink Chief Executive Steve Bronson said the company was committed to playing its part in making sure that all coronavirus patients had access to ventilators.

“As the virus spreads across the globe, it is vital for hospitals and doctors to have access to the equipment they need to save lives,” Bronson said in a statement. “The dire nature of this situation is evidenced by the conditions in the hardest-hit areas around the world, where shortages of the device have forced doctors to make life-or-death decisions about whom should receive ventilator treatment.”

The announcement was made on Tuesday. On Wednesday, shares of Interlink (LINK) closed unchanged at $4.15 on the over-the-counter market.