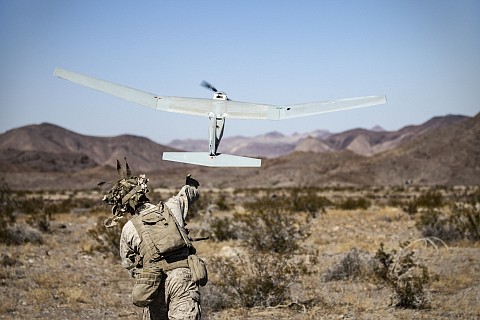 AeroVironment Inc. has landed a $10.7 million contract for its Puma 3 drones from the U.S. Navy and Marine Corps.

The Simi Valley aerospace manufacturer plans to deliver the drones later this month. The hand-launched Puma 3 AE has a wingspan of 9.2 feet, weighs 15 pounds and can operate for up to 2.5 hours at a range of up to 12.4 miles. It is used for tactical reconnaissance by military forces.