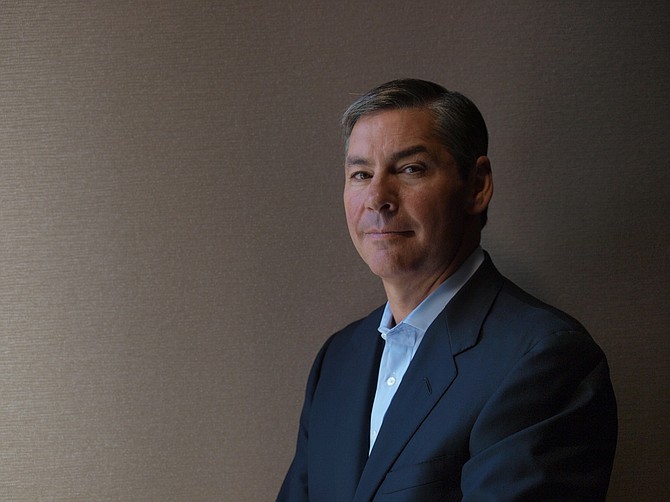 ASGN Inc. terminated the employment of former Chief Executive Peter Dameris as he was investigated in connection with the college admissions scandal, according to a filing with the Securities and Exchange Commission.

“The company was not able to negotiate the terms of a transition agreement with Mr. Dameris and terminated him without cause pursuant to his employment agreement,” the filing said.

Dameris had resigned in April from the Calabasas staffing company, stating that it was for family reasons related to the health of his son. Theodore Hanson, who had been president, took on the duties of chief executive.

The following month, however, the firm said in a federal filing that the “resignation was the subject of negotiations between his counsel and the United States Attorney’s Office in Boston, Massachusetts, which has been investigating Mr. Dameris as a target in connection with the college admissions investigation.”

In March, dozens of wealthy parents, including two Hollywood actresses and prominent business figures, were charged by federal prosecutors with using bribes, fake entrance-exam scores and bogus athletic achievements to get their children into elite colleges.

The filing announcing the termination of Demaris was made on Thursday. On Monday, shares of ASGN (ASGN) closed down 62 cents, or 1.1 percent, to $56.53 on the New York Stock Exchange.