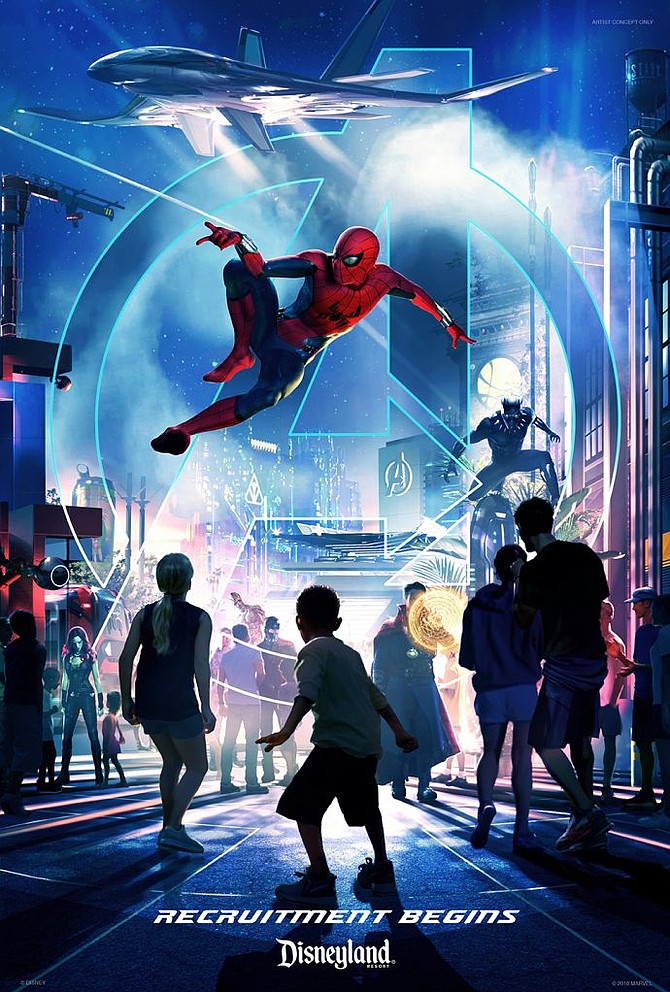 Walt Disney Co. will introduce new theme park lands based on Marvel Studios characters at its parks in California, Paris and Honk Kong.

The Disney Parks blog reported that immersive superhero attractions featuring Spider-Man and the Avengers will open in 2020 at the Disney California Adventure Park in Anaheim. The new land will be anchored by the Guardians of the Galaxy – Mission: Breakout attraction.

At Walt Disney Studios Park at Disneyland Paris, the new Marvel-themed area will have guests teaming up with Iron Man and other Avengers characters on an attraction to open in 2020, the blog said.

Hong Kong Disneyland will get a themed area that includes an attraction based on characters Ant-Man and the Wasp. The park already has Iron Man Experience, which opened in 2017, the blog reported.