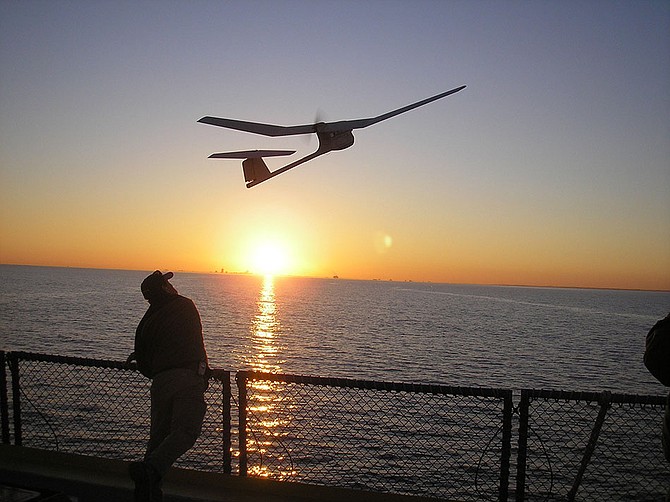 AeroVironment Inc. has conducted a maritime demonstration of the automated sensor-to-shooter function for its Puma and Switchblade drones from a U.S. Navy ship, the company announced Monday.

The system uses the company’s existing drones with a new sensor to quick perceive and respond to threats on land or sea. AeroVironment is headquartered in Monrovia but designs and builds its drones in Simi Valley.

In the demonstration conducted from the Navy’s Coastal Riverine Craft, Puma identified fast-attack craft moving toward a host platform and transmitted their coordinates to Switchblade. Once launched, Switchblade automatically flew to the fast-moving target and the operator “defeated” the threat with a dud missile.