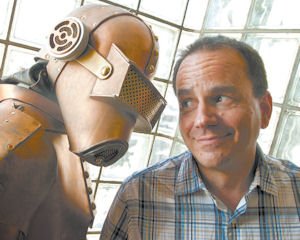 Studio: Paul Bales, COO at The Asylym in Burbank.

“Anchor Bay UK has a much better understanding of their audience than we do,” said Paul Bales, Asylum’s chief operating officer...