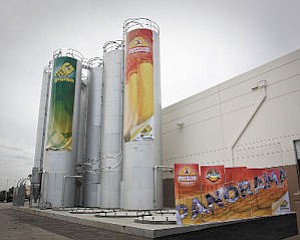 Manufacturing in the greater Valley area has seen numerous changes over the past year including Pratt & Whitney Rocketdyne’s increased expansion to other business models, acquisitions involving several companies and the addition of a new Mission Foods plant.

Pratt & Whitney Rocketdyne is ramping up efforts to develop alternative technologies to expand beyond the rocket and shuttle engines it is known for...

Join our Membership to get the full story.