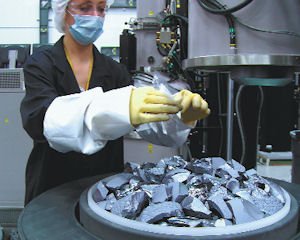 In SolarWorld’s largest single project ever, the firm has partnered with the Los Angeles Department of Water & Power to use the company’s solar panels at a DWP facility in the high desert.

SolarWorld won the contract, which was announced on March 3, in an intensive bidding process, according to Ben Santarris, public affairs manager of SolarWorld Industries America...

Join our Membership to get the full story.