Camarillo semiconductor developer Semtech Corp. and Ripl Networks have been selected by the U.S. Defense Department to deploy a tracking product for foreign guest and fleet ships at naval ports.

US Nuclear narrowed its net loss in the third quarter even as its revenue decreased due to the coronavirus pandemic.

Marvell Technology Group Ltd. is acquiring Inphi Corp., the San Jose semiconductor manufacturer that got its start in the Conejo Valley

Masten Space Systems has been chosen by NASA to receive two Tipping Point awards as part of the space agency’s Artemis mission to return to the moon by 2024.

Artificial intelligence company Beyond Limits has signed on as a partner with a Houston consulting firm.

Teledyne Instruments to Land on Asteroid

Instruments from Teledyne Technologies Inc. are aboard a NASA spacecraft that is scheduled to land on an asteroid. 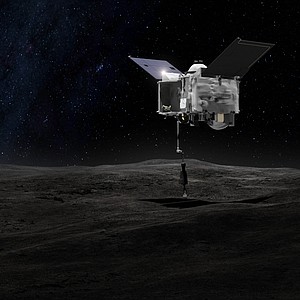 Semtech Corp. has expanded its board of directors by two members and appointed veterans of the technology industry to fill the spots.

Yapi, a company that makes software for dental offices, has received an investment from M33 Growth, a Boston venture capital firm that focuses on growth-stage startups.