Health care system Kaiser Permanente has released a 98-page “playbook” for businesses returning to the office, with insight from the Centers for Disease Control and Prevention and Occupational Safety and Health Administration, as well as state and county health departments.

Lancaster biotech Simulations Plus has won a $400,000 grant as part of a cooperative agreement with the U.S. Food and Drug Administration, the company said in a statement Thursday.

Antelope Valley Hospital received a $500,000 grant from aerospace giant Lockheed Martin to obtain personal protective equipment, according to a statement from the hospital.

Endonovo Therapeutics Inc. has arranged an equity purchase agreement with Cavalry Fund I, under which Endonovo will sell up to $10 million in shares during the next 24 months.

Teledyne Sensors for Diagnosis of COVID-19

A subsidiary of Teledyne Technologies Inc. is manufacturing image sensors called charged coupled devices, or CCDs, for use in COVID-19 diagnostic tools. 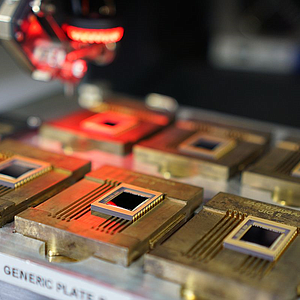 Valley Community Healthcare on Friday officially launched its telehealth system in response to the COVID-19 pandemic.

Shareholders of Avita Medical Ltd., an Australian regenerative medicine company with U.S. headquarters in Valencia, will meet virtually on June 15 to discuss relocating operations solely to the United States.

Hospitals are central in fight against virus, but they lost millions.

Amgen Foundation on Tuesday announced a $2 million contribution to more than a dozen organizations in Los Angeles and Ventura counties to help vulnerable populations impacted by COVID-19.

Arcutis Adds Legal Expertise to Board

Westlake Village-based Arcutis Biotherapeutics on Monday appointed Halley Gilbert to its board of directors. effective May 1.

At a time when many other biotech companies have curtailed clinical trials, Arcutis Therapeutics has enrolled its first patient in a Phase 1 study of hand eczema topical drug ARQ-252.