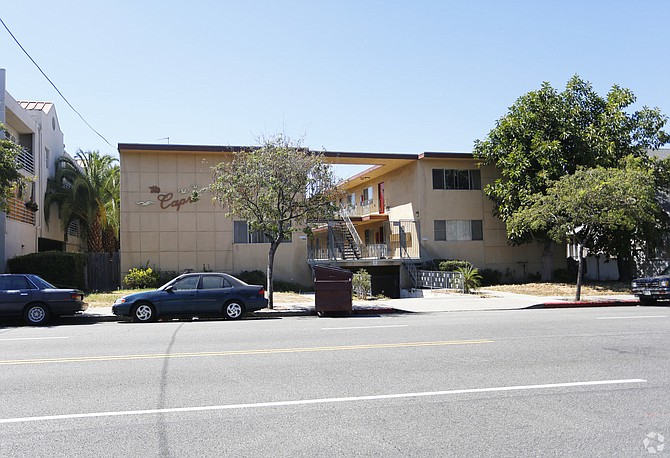 The Capri at 348 W. Chevy Chase Drive in Glendale.

Champion will begin a $2.6 million renovation on both properties, restoring the buildings’ interior and exterior, retrofitting both properties and resolving maintenance issues.

Champion Real Estate Executive Vice President Parker Champion said in a statement that the properties are desirable because they are both located in one of L.A.’s “premier live-work-play markets. … We will continue our concerted effort to own multifamily housing in Glendale and the Tri-Cities region.”

Champion Real Estate, which has a long-running interest in the Tri-Cities market, is doubling up on the Glendale investment it made earlier this year, when the firm purchased a pair of multifamily properties in the community for $33.6 million.

Champion now owns more than 225 units throughout the Tri-Cities markets.