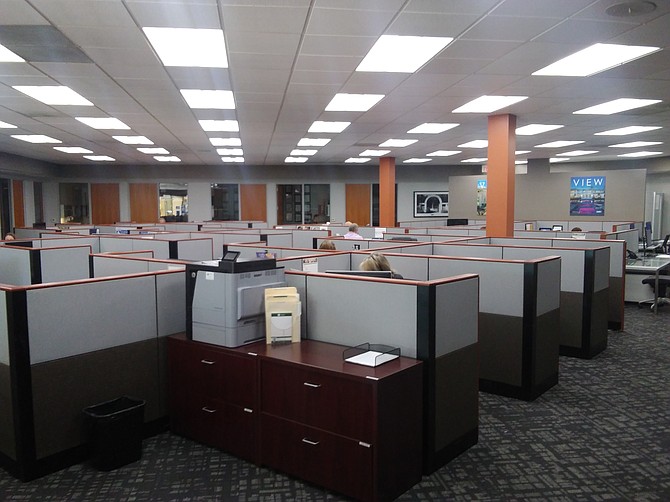 Interior of Coldwell Banker's offices at 23647 Calabasas Road in Calabasas.

The company plans to hold a grand opening on Thursday at the office in the Courtyard at the Common retail center.

Home to 140 agents working the San Fernando and Conejo valleys, the site, located at 23647 Calabasas Road, also signifies the return to a former address.

“We were actually here years ago and we’ve come back to the same space,” said Irene Failla, an associate manager at the Calabasas office who has been with the company for more than 30 years.

After about a half-decade being based an office further east down Calabasas Road, Coldwell’s Calabasas brokers have returned to the Courtyard shopping plaza.

While the Coldwell agents will actually be down-sizing in terms of overall square footage, they will be shedding three separate rooms for one large space.

“We’re a high-producing office and it was just the right thing to do for the agents,” Failla said. “It’s state-of-the-art, it feels like it’s more a part of the community,” she said of the new digs.