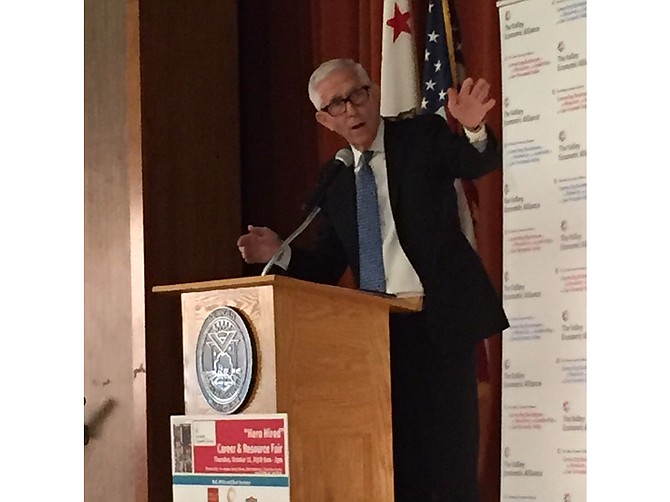 Local weathercaster Fritz Coleman of KNBC-TV, the master of ceremonies, began a little after 9 a.m. by recounting how he visited Florida recently and met with his former Navy shipmates who served with him on the now-decommissioned U.S.S. John F. Kennedy. He said he always valued his military service.

The job fair gave veteran job seekers access to more than 60 employers and resource companies. Employers took resumes, interviewed candidates and could even hire at the event. The fair was later opened to the general public.

Also at the event, artist David Schwartz unveiled his latest painting made from a decommissioned American flag. It is divided into four panels, each representing a branch of the military.

Among the employers at the fair were Kaiser Permanente, Cedars-Sinai Medical Center and the L.A. County Sheriff’s Department.