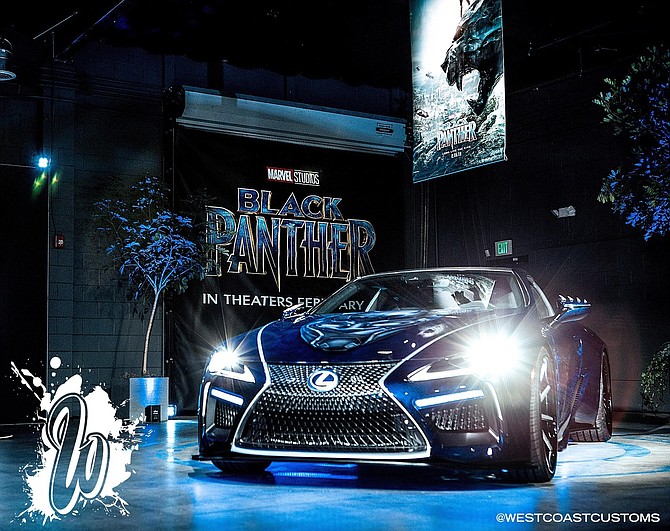 West Coast Customs will feature the customized Lexus from the movie “Black Panther” at the DUB Custom Car Show in Los Angeles this weekend.

The Burbank shop, founded in 1993 by Chief Executive Ryan Friedlinghaus and a main location for the MTV show “Pimp My Ride,” plans to introduce a new line of polishes, cleaners, waxes and tire dressing products at the show. The products are sold exclusively through Wal-Mart Inc. stores nationwide.

“Timing happened to work out so that we could bring the Lexus LC 500 widebody we did for the ‘Black Panther’ movie for fans to see up close," Friedlinghaus said in a statement. "It's always great to be part of the DUB show, and it makes sense for us to be here this year with the exclusive launch of our West Coast Customs Car Care line.”

“Black Panther” was produced by Marvel Studios, a unit of Walt Disney Co. in Burbank.