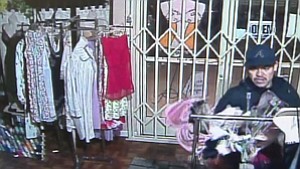 Police called him the “Panty Bandit,” a serial burglar who targeted nearly a dozen lingerie retailers and sex shops in the San Fernando Valley – some of them for multiple break-ins – during an eight-month crime spree that began in January...

Take 1 minute to subscribe and you'll get this story immediately, plus: